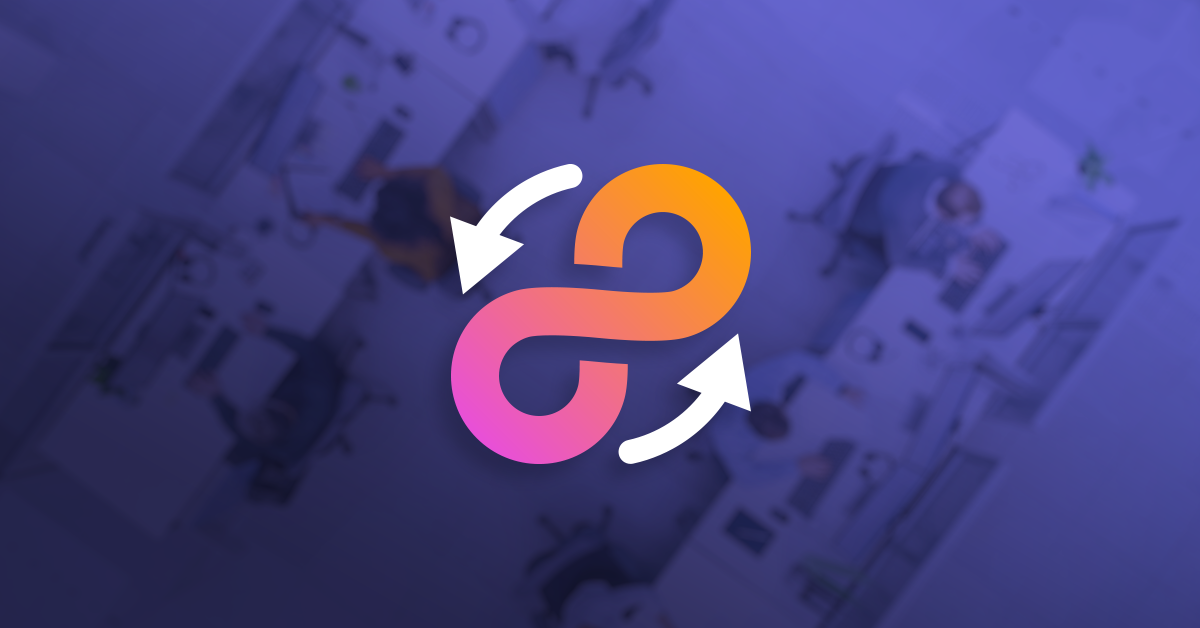 As the development practices have shifted with agile and DevOps, testing strategies have evolved from waterfall to shift-left to continuous testing. The benefits to QA are clear: more time to spend on testing, improved test coverage, and better visibility into overall product quality. Similarly, customers benefit from more expansive end-to-end testing that ensures their entire journey is seamless and accessible.  But what about QA’s closest partner in continuous testing, developers?

The idea of continuous testing and shift-left is likely to elicit groans from overworked engineering teams constantly trying to accelerate delivery cycles. In a world of continuous delivery, adding testing to a developer’s already hefty workload feels like too much to ask. However, evidence suggests that incorporating automated software testing into the earliest stages of development can help both QA and development teams meet their goals.

Most engineers are focused on accelerating delivery cycles, allowing their organization to introduce new innovations to market faster. According to the 2022 Testing in DevOps Report, high test coverage is closely correlated with faster deployments. 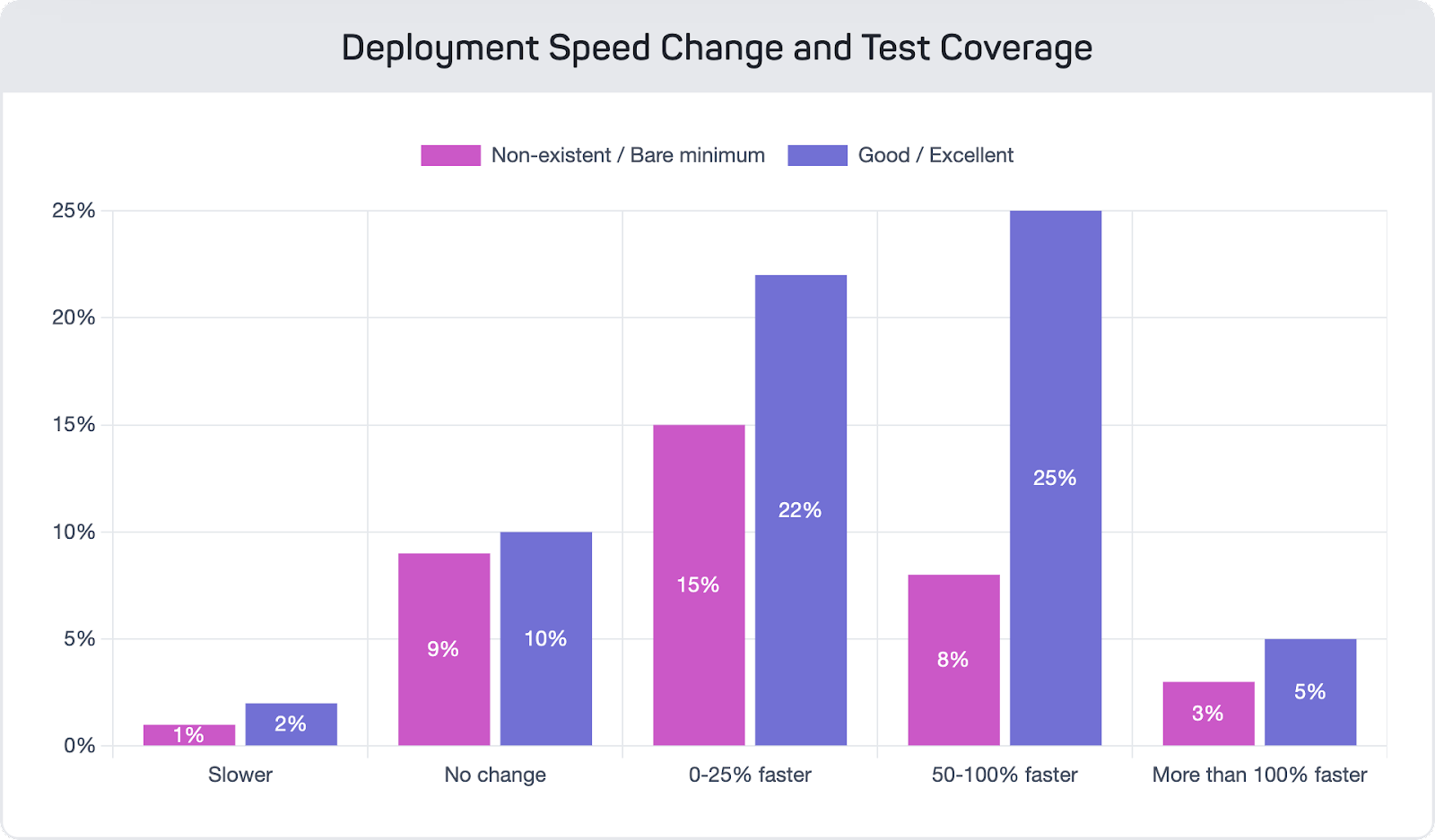 Teams with high test coverage were three times more likely to have increased deployments by 50-100% in the past year compared to teams with minimal testing. Diving deeper into the report, this impact can be connected to several operational improvements facilitated by better testing.

43% of software developers say that testing is their biggest pain point during development, particularly the process of investigating defects discovered by testing. When engineers and QA are forced to spend hours - if not days - chasing relevant information and figuring out a fix. Teams that need an entire business day (or more) to resolve bugs face the risk of deployment delays. 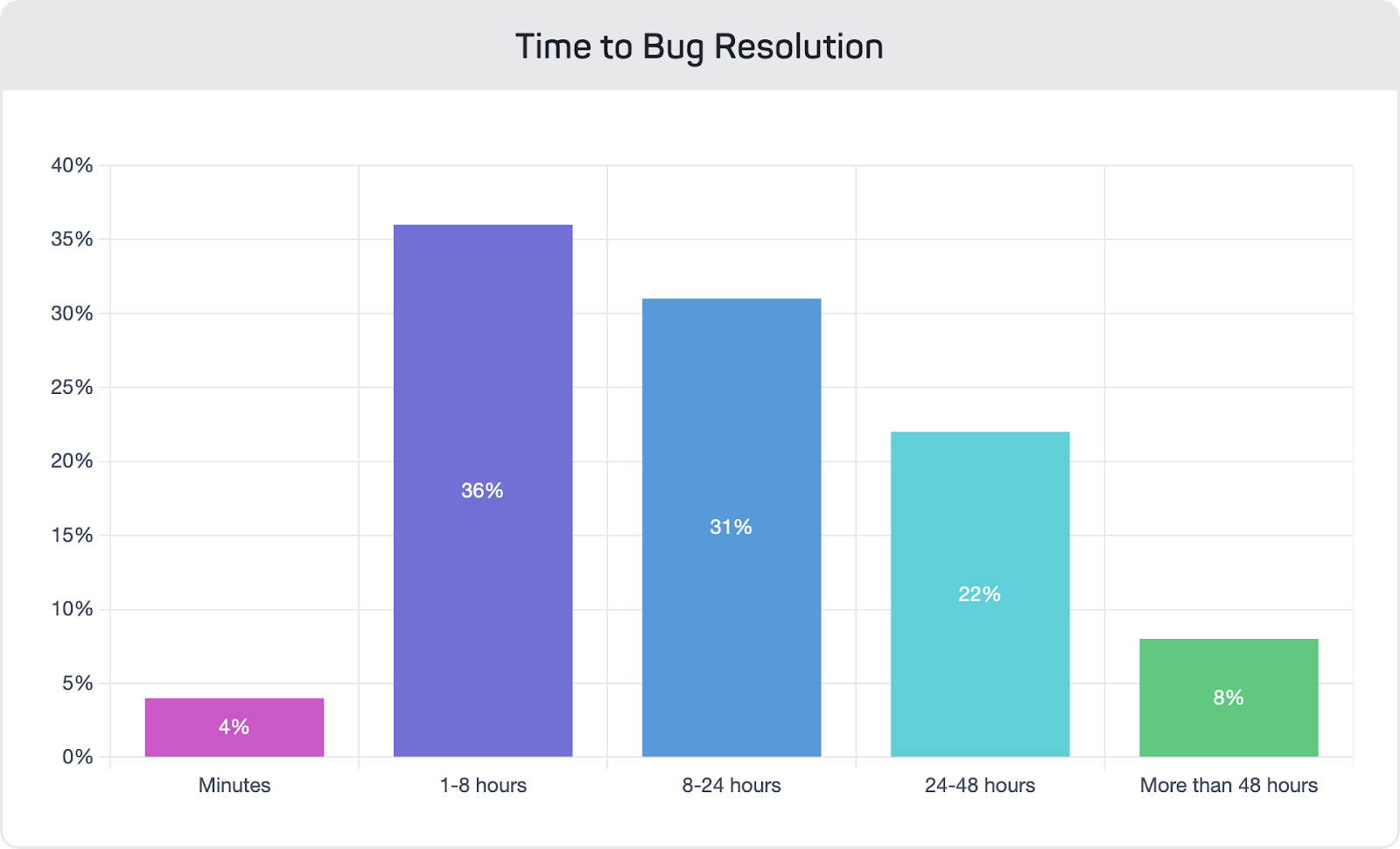 Though the tide is turning towards shorter turnaround times for fixing bugs, nearly 1-in-3 teams need at least three 8-hour work days to resolve an issue. 61% of teams need at least one full workday to do the same. Considering that every release is guaranteed to have some type of bug, a multi-day timeline for defect resolution is a serious obstacle to continuous delivery. 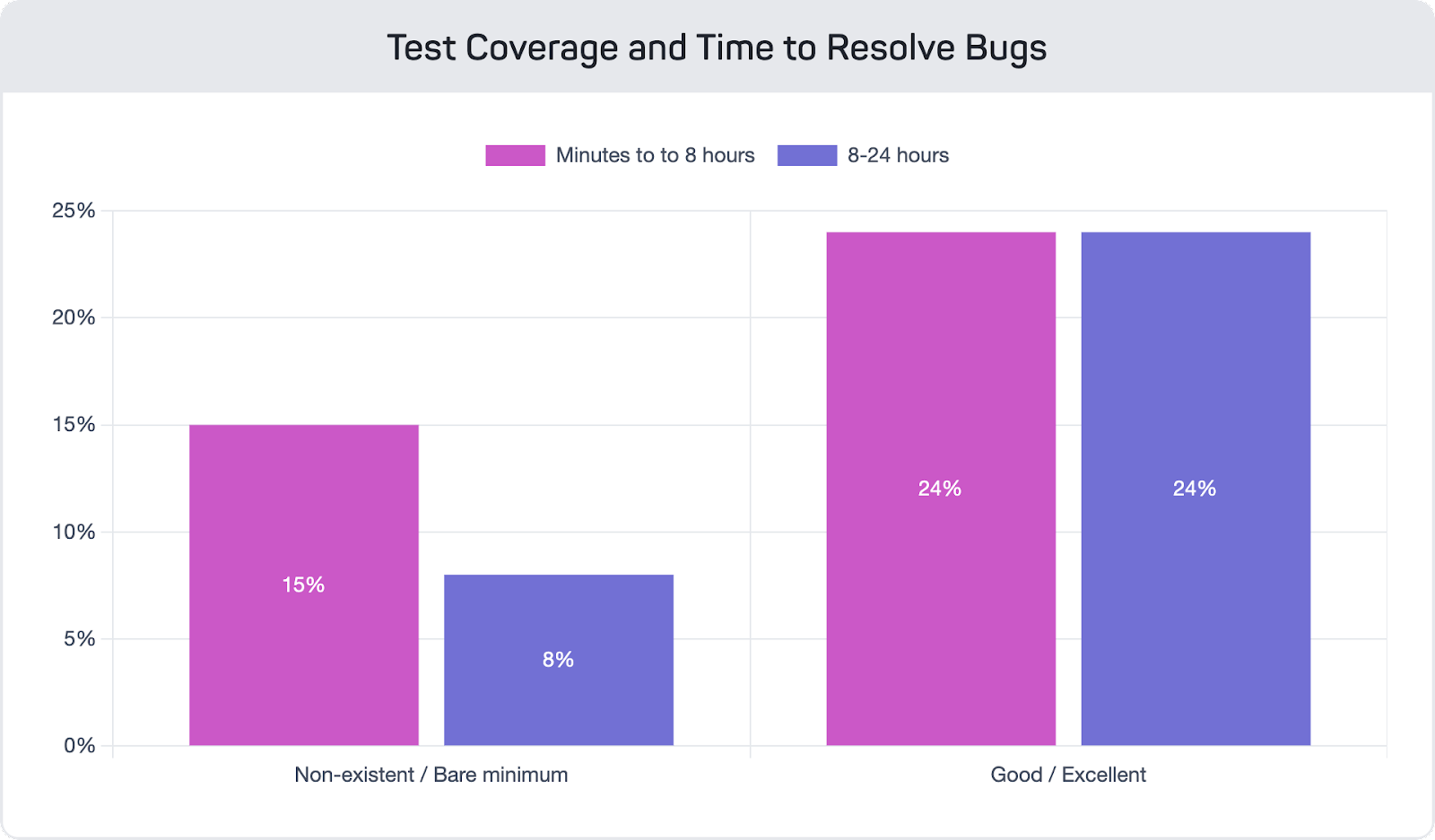 But that ratio shifts significantly when teams are broken down by test coverage. In contrast to all software development organizations, roughly 1-in-2 high test coverage teams can resolve defects in 8-24 hours, with almost a quarter turning around a fix in less than a day. 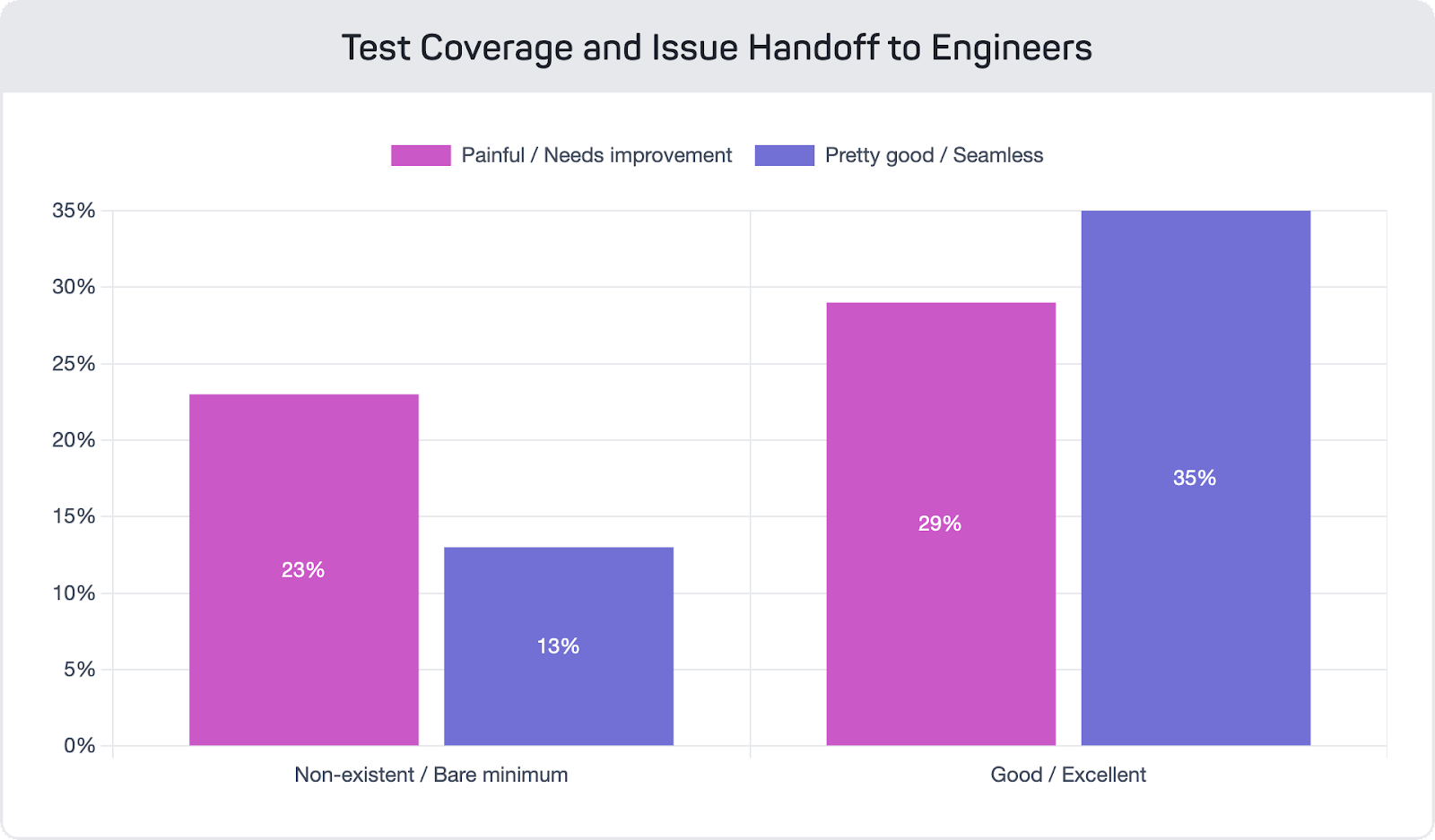 The heart of the issue: how well QA can share issues with engineers. Higher test coverage is directly related to how painful it is for teams to collaborate on the most urgent fixes. Continuous testing gives both QA and developers more time to identify defects and resolve them before they impact other aspects of the product or the user experience. With a bit of effort early in development, engineers can save themselves more time and effort when deadlines are looming.

Few things are more stressful than deploying code that hasn’t been tested thoroughly. In the best case scenario, no new bugs are introduced and the software development team only has to worry about quality for a few days. Worst case scenario, defects begin impacting users and the entire organization goes into panic mode while assuaging frustrated customers and frantically trying to issue a fix. 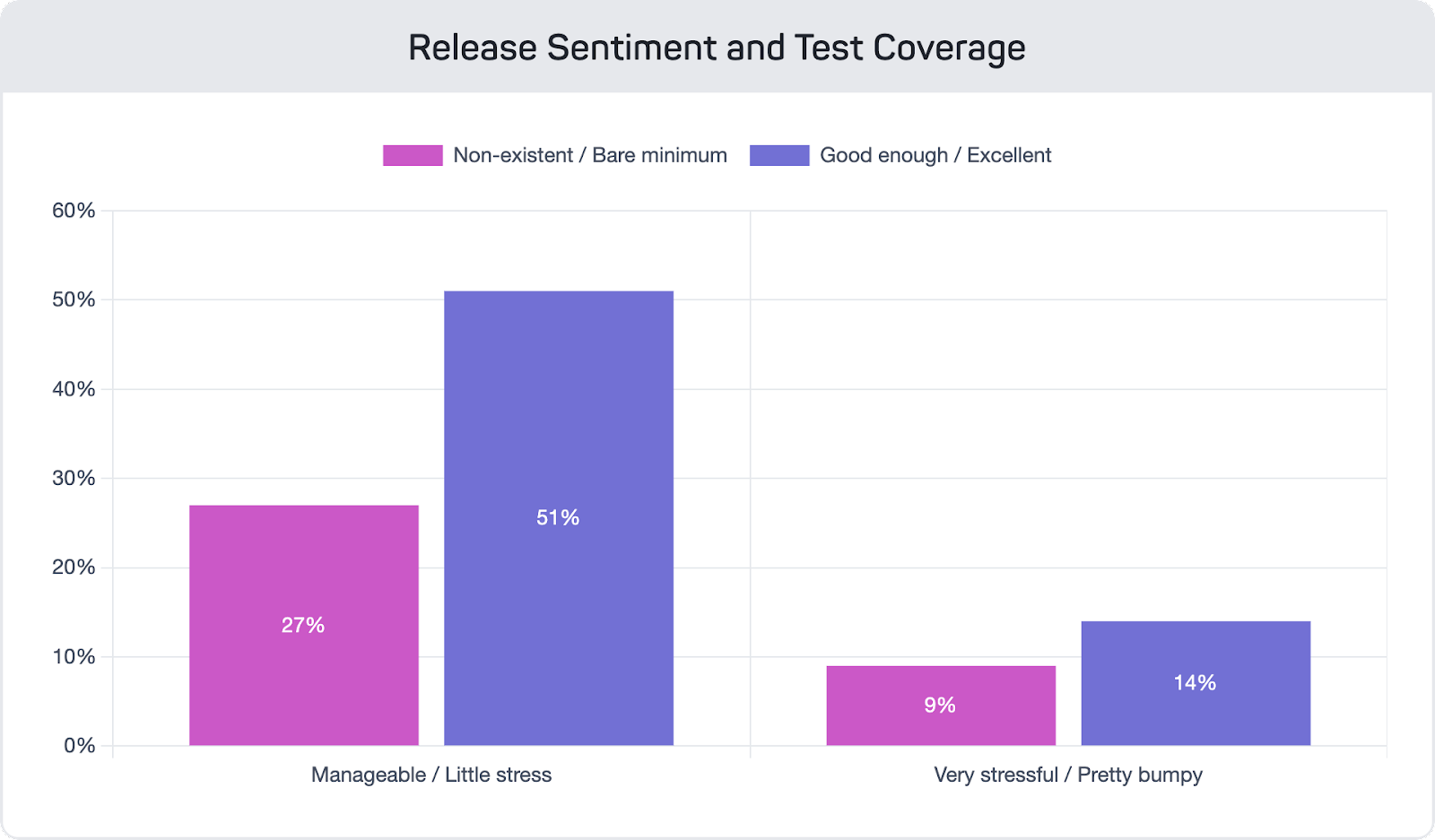 Once again, testing helps everyone, including developers, avoid these high-stress situations and deploy faster with confidence. Over half of those surveyed by the Testing in DevOps Report said their releases were low-stress, versus just 27% of teams with low test coverage. As more teams seek to accelerate deployment frequency, reducing deployment stress has a significant impact on team morale.

Balancing Testing and Building with Low-Code

As quality teams seek to shift testing to the left and embrace continuous testing, they need solutions that make testing easy to execute. With low-code test automation, developers can start running tests as they code just by triggering automated tests whenever they hit ‘save.’ Low-code makes testing possible for developers, creating a sustainable foundation for continuous testing.