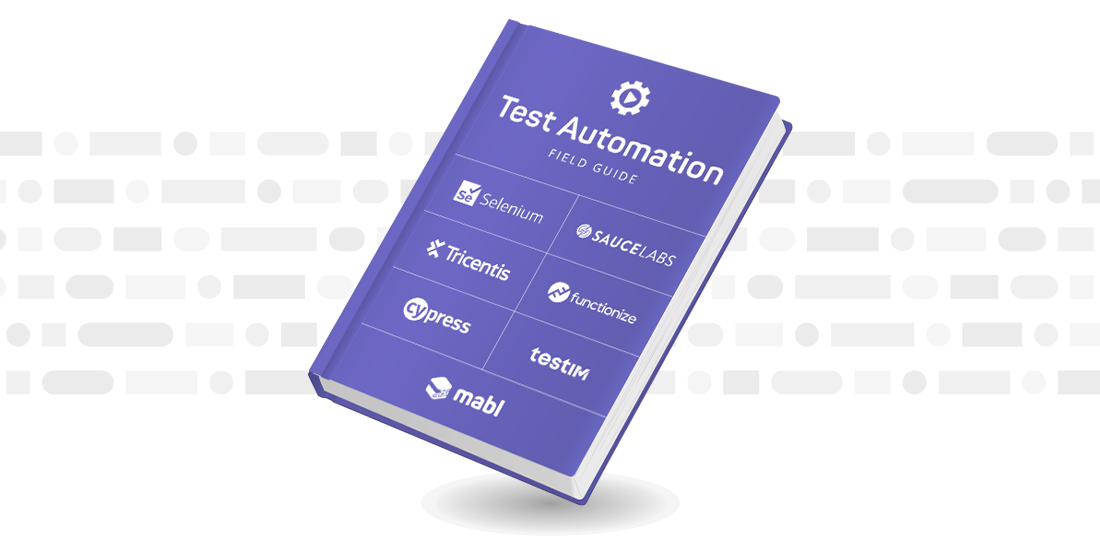 One of the most exciting aspects of test automation is how quickly the sector is moving: manual testers are rapidly becoming test automation experts and further transforming their organizations to cutting-edge innovators in software. As a result, the software test automation landscape is changing quickly, particularly as features like low-code, AI, and machine learning gain widespread adoption and frameworks like Agile and DevOps accelerate software development.

This guide is a resource designed to help quality professionals - whether they’re manual testers, test automation engineers, or team leaders - understand the exciting world of test automation and how the next generation of intelligent test automation solutions is making comprehensive test coverage more accessible than ever, placing QA at the core of high-velocity software development.

Overworked and understaffed QA teams are hardly a new phenomenon, so it’s not surprising that there’s a generation of test automation tools developed in the 2000s. The major names left standing - such as SmartBear, Selenium and Sauce Labs, and Tricentis are likely familiar to those in the software industry - have continued to build new features and offerings in an attempt to keep up with modern software development.

The older, more established test automation tools rely on an ecosystem approach that emphasizes code-heavy tests that require significant maintenance, especially as applications evolve. Their dominance has contributed to a split within the QA community as testers either develop coding skills, which isn’t always a feasible option, or focus on manual testing, which has limited efficiency. Despite the push to completely unify the software development process under Agile and DevOps, this divide continues in QA. As organizations adopt test automation to support faster, more frequent code releases, the learning curve with code-heavy legacy tools can be a major obstacle and introduce further silos into their workflow.

An additional challenge with legacy test automation tools is that they’re designed for control versus speed and efficiency. Coding testing frameworks can be useful when fine-tuning a complex test, but when managing a number of variables and assertions tests become rigid and liable to break. If the development team is shipping new code on a weekly or daily basis, testers risk losing any time saved by test automation to time needed for test maintenance. As a result, many high-velocity software teams find legacy test automation frameworks lagging in a DevOps world.

The next generation of test automation solutions

A key feature for next generation test automation solutions is the use of AI and machine learning to help tests automatically adapt to product changes. As noted above, traditional testing tools can break if even the slightest cosmetic changes are introduced, making them unsustainable for companies that push new code on a frequent basis. Newer testing solutions have recognized this challenge and have updated test automation with features like mabl’s auto-healing capabilities, which enable tests to support a wide range of modern development frameworks with an agnostic approach to identifying and adapting to changes.

New test automation companies have also shifted away from the code-heavy requirements of their predecessors to capitalize on the rise of no-code and low-code interfaces. Capturing the experience of the application’s end-user in a test is a key differentiator when navigating this segment of the test automation industry. However, many no-code tools are limited in capability which also limits adoption across the software development team, and doesn’t promote the dissemination of expertise from seasoned testers. Modern test automation tools are helping breakdown the silos in the DevOps workflow, enabling teams to take advantage of the diverse skill sets of manual testers, QA engineers, and software developers to embed quality testing across the development lifecycle.

Want to see for yourself how mabl’s modern test automation makes it easier for your team to create and maintain tests? Start your free trial today!