The Allure of Startups 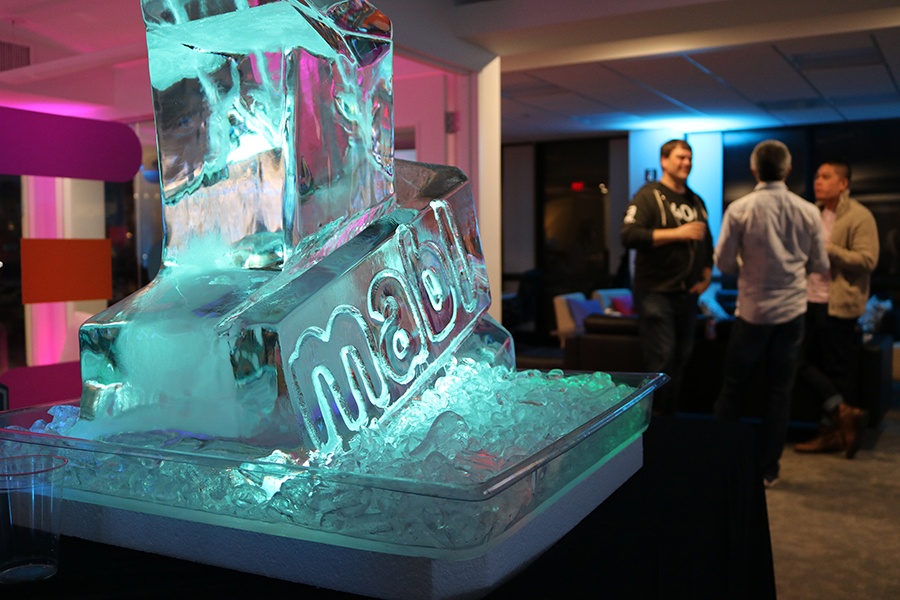 There’s something attractive about joining and building a startup. The startup world is filled with stories of unicorns and big exits. However, long nights, challenges, and failures are unavoidable. I had co-founded my own startup after college and was part of the early stage startup scene for a few years until I decided to hang up my startup boots in August of 2017. Or so I thought until I met mabl.

I had been spending some time at Toast, a fast growing startup in Boston before Izzy Azeri, a mentor of mine and co-founder of mabl, approached me over lunch with a request to join mabl as the first member of the sales team. I met Izzy while I was a student at Bentley where I learned that he and Dan Belcher sold their first startup, Stackdriver, to Google. Izzy, who had recently left Google, was now working on bringing software testing up to speed with the rapid pace of development by creating a virtual QA engineer powered by machine learning called mabl.

At the time, I knew very little about QA, Agile, DevOps, or machine learning, but since our first meeting, I’ve learned that (using as little technical terms as possible) software quality teams are having trouble keeping pace with development teams as development practices have evolved to become faster while testing has lagged behind. Teams don’t have enough time to create, analyze, or maintain tests. This is the problem mabl is solving by using machine learning.

Every company tells stories about their early years - the challenges the team faced, and what they learned. Every time you hear those stories, you almost wish you were there. You can also see the bond those team members have. I was learning a lot at Toast but the reason why I chose to join mabl came down to the opportunity, team culture, mission, and personal growth. I was drawn to mabl because of these reasons, and the prospect of being a part of testing history.

Why mabl was the right decision

After joining, I passively told mabl in a new hire survey that one of my favorite foods was chicken and rice. To my surprise, on my 2nd day at mabl, they ordered the whole office Chicken & Rice Guys and even the board members who were present that day joined us.

There is a lunch area where the team faithfully eats lunch together every day. On Thursdays after the weekly team meeting, it is common for people to let loose, play shuffleboard, cornhole, and other games late into the night. You really feel the camaraderie here. 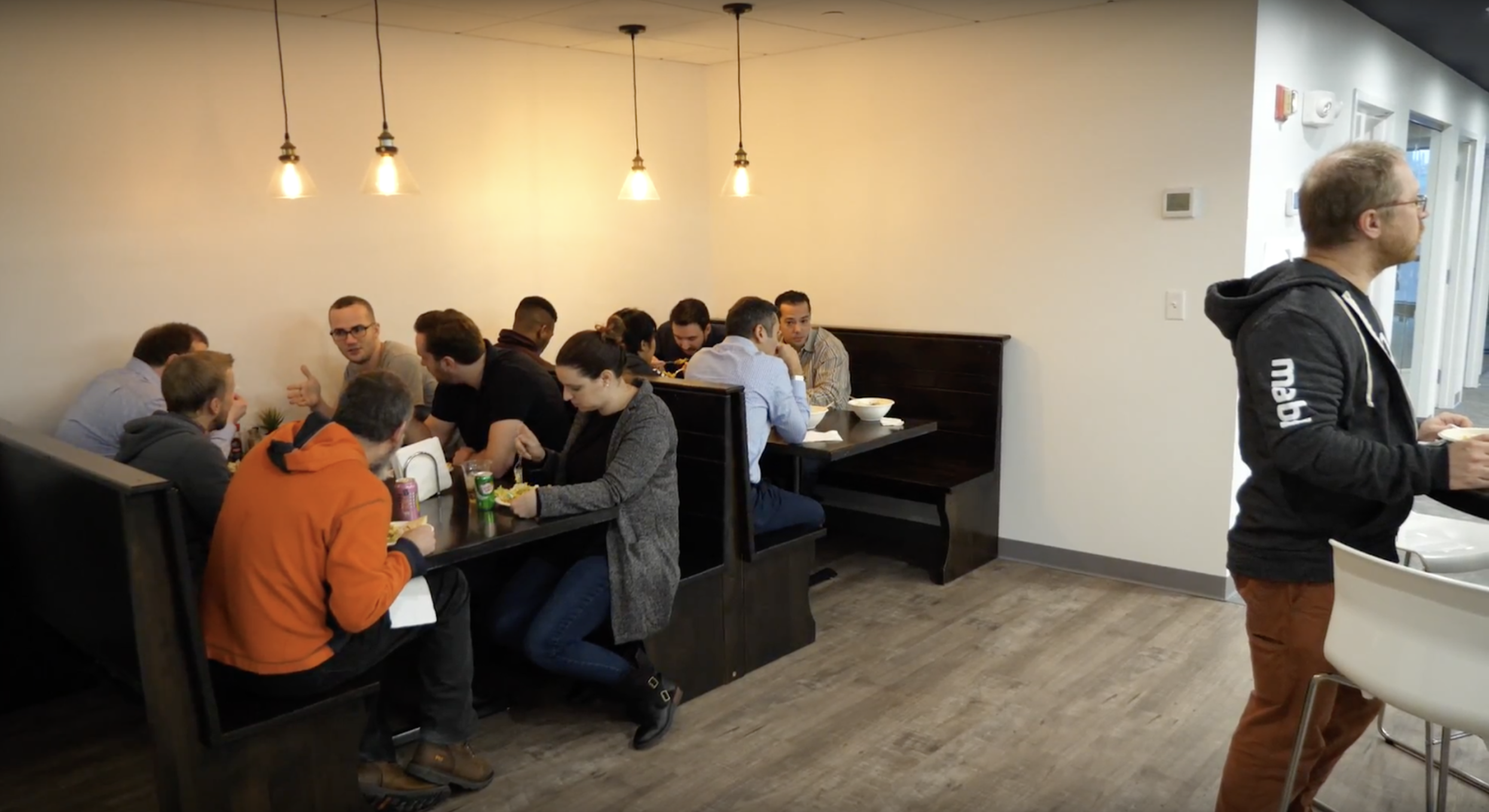 Izzy & Dan believe in a flat organizational structure and transparency. This means we are all working together at the same level, doing whatever necessary for the organization to succeed. During the first team meeting that I went to, the burn rate and amount of money mabl had left in the bank was openly shared with the group and discussed. At my 2nd team meeting, the most recent board presentation was shared.

I had never experienced this level of transparency before - the mabl team culture and mission are as clear as the big piece of paper with our Q1 goal that hangs in the office: 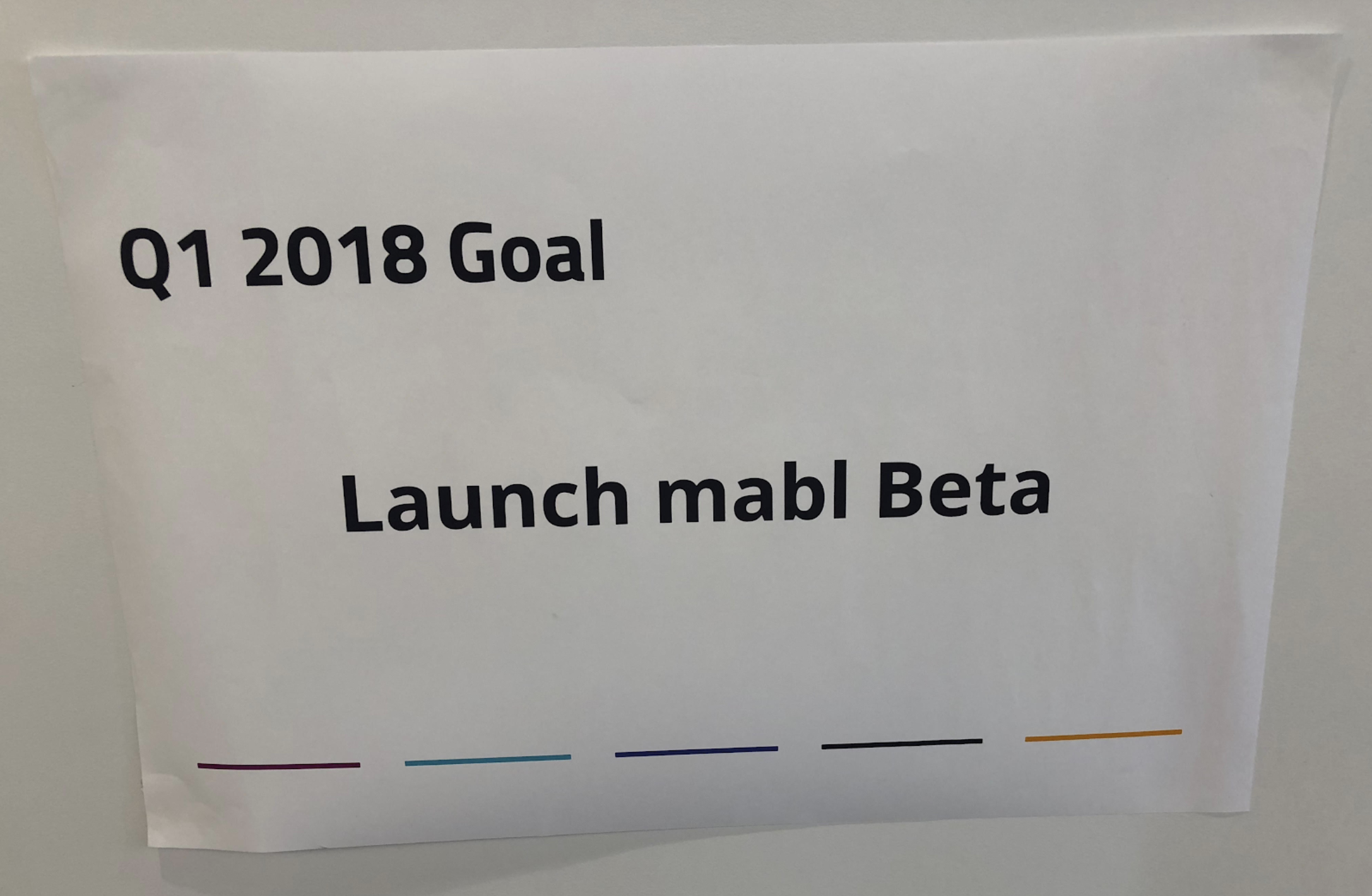 As of today, the team has accomplished this goal. mabl launched its public beta on February 21st. The response has been nothing short of amazing. Thousands of people have created accounts and are actively using mabl.

While our main focus for Q1 was launching the mabl beta, our goals are generally hand picked by the Go To Market and Engineering teams. What’s great about our goals is that they are team based, and everyone's bonus is tied to the same set of goals. This results in the Product team cheering on the Go To Market team, and vice versa. Everybody wants everybody to win and that is a beautiful thing to see. I’ve sat down many times with members of the engineering team to learn more about the technical side of things, and no one has ever said “I’m too busy.”

An offer too good to resist