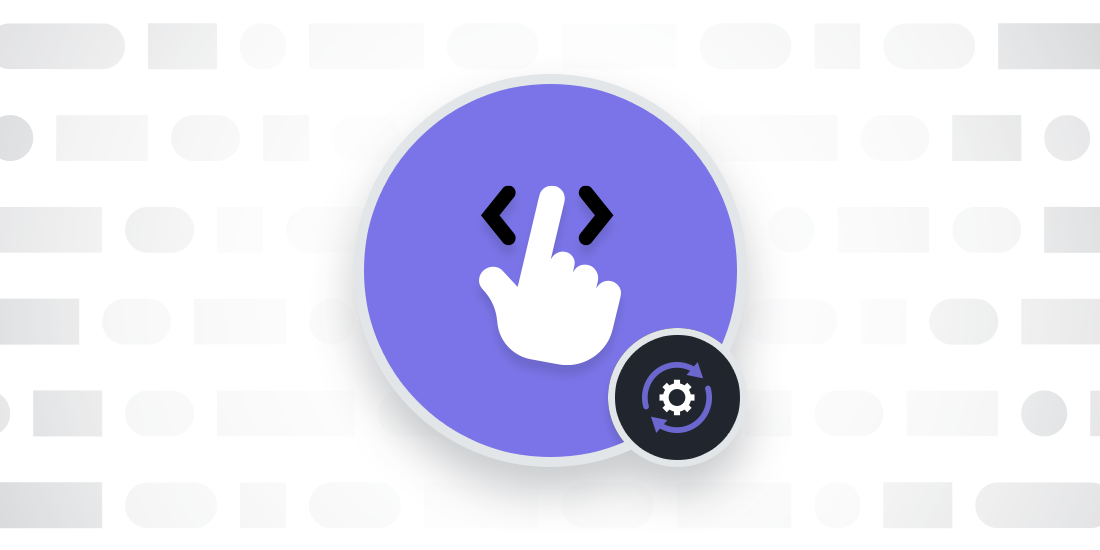 Software testing has largely been accomplished in distinct stages of the software development lifecycle. QA would get access to code from developers right before it was moved into production, forcing testing into a small window with tight deadlines. This system worked well when deployment cycles were monthly or quarterly, but as more teams deploy new code on a weekly or even daily basis, testing in limited stages risks creating bottlenecks. As the software development lifecycle has accelerated with trends like Agile and now DevOps and CI/CD, testing needs to be integrated throughout development to catch defects earlier and faster.

The benefits of test automation are clear. Teams that embrace automation are far more likely to have confidence in their product, reducing the stress of release days and improving customer satisfaction. 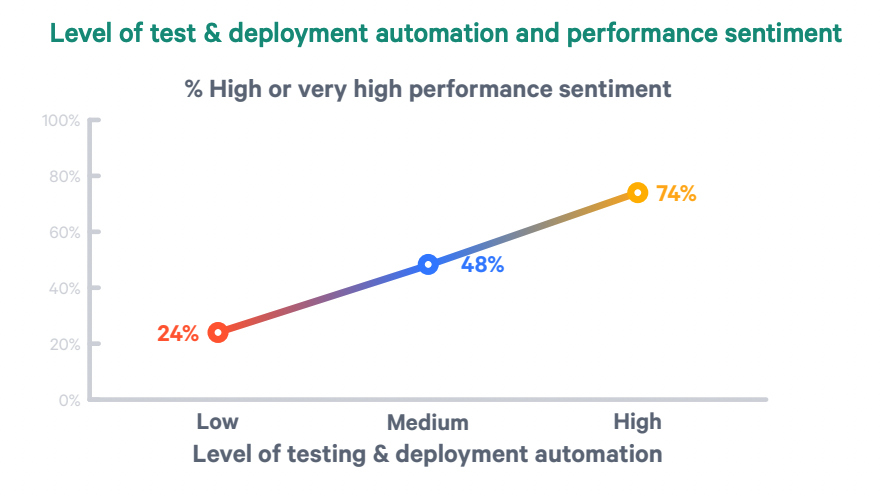 Source: 2020 State of DevOps Report by Puppet and CircleCI

Low-code has emerged as a key enabler of digital transformation and automation in the enterprise. By making advanced technologies accessible to end users without requiring programming know-how, low-code platforms have made it possible for everyone to make their workflow as efficient and high-impact as possible. For software testers, this means unlocking continuous testing.

At its core, continuous testing is a collaborative effort. The entire SDLC team - manual testers, SDETs, quality engineers, and developers - needs to be able to fully participate in testing strategy. The expertise of manual testers enables software developers to understand where early testing fits into overall product quality, allows QA to scale testing across the SDLC, and center testing around the user perspective.

New low-code test automation solutions also allow this relationship to work both ways by giving teams a place to build shared testing resources. With traditional code-heavy test automation, developers, quality engineers, and SDETs would normally be responsible for executing all complex tests like API and integration tests. This approach is unsustainable as software becomes increasingly complex and deployment cycles accelerate.

With low-code testing solutions, non-coding testers are able to utilize complex test steps from a shared library, enabling everyone to execute the full range of necessary tests. If one team member creates a complex test, such as an email test that includes PDF validation, everyone has access to the steps needed to replicate the test. This ensures that a continuous testing strategy is scalable across the SDLC with full participation from the entire team, regardless of coding experience.

Low-code test automation distributes maintenance across the entire team and greatly reduces the time needed to maintain tests, particularly when combined with AI and machine learning. When test steps, or flows, are updated in one instance, AI is able to identify where the step was used across the entire library and update impacted tests. If the algorithm isn’t sure what updates are needed, the test is flagged to team members for review. Low-code testing capabilities ensure that every team member is able to review and update tests as needed, eliminating the need for dedicated framework maintenance and keeping everyone’s focus on expanding and improving testing.

This graphic illustrates every opportunity for testing in the DevOps pipeline, including manual and automated tests in each stage. It represents what a fully realized continuous testing strategy would look like for a team with a mature DevOps practice.

Chances are, most teams aren’t in a position to start testing this thoroughly tomorrow, next month, or even next year. But depending on the team and the product, there are new opportunities for testing that are reasonable starting points for a continuous testing strategy. Low-code test automation expands those possibilities by making automated testing faster and more accessible to the entire team. Quality engineering, just like DevOps, is an ongoing journey that requires sustained, scalable efforts that enable resilient organizations as much as they enable high-velocity organizations. With low-code test automation solutions like mabl, the barriers to continuous testing are lower and automated testing is that much more possible.