What is Automated Software Testing and How Can It Improve Your Organizational Speed?

With the arrival of DevTestOps and the increasing development and release speeds of teams, automated software testing has become the main method testers use to test applications at the same pace. Manual testing is an incredibly useful and valuable practice for keeping a close eye on your application, but the constraints it brings with it of individual time commitment are often too much of a hindrance. This means testers aren't able to keep up with how quickly changes are pushed to production. To remedy this problem, testers and companies came up with tools that allow them to use automated software testing.

What is Automated Software Testing?

Automated software testing takes a different approach to testing an application past just automating manual tests. It’s a practice designed for shortening the feedback loop of releasing application changes and figuring out if they’ve broken anything customers are already using in production. Automated software testing can be used to handle all the boring stuff that manual testers would have to do over and over every time your team releases, like manual regression checking, testing across browsers, and testing across different devices. If all of these become automated, testers have more time to do activities that add value and which may not be possible to completely automate, like exploratory testing, accessibility testing, and security testing, improving overall test coverage and application quality.

When automated software testing is implemented successfully, it helps teams deliver more value, more frequently, just as development styles like DevOps want to do, while also helping the testing teamwork at a sustainable pace.

Automated software testing is a great way for teams to test end-to-end user scenarios frequently. Testing these scenarios is challenging, but it's more important than ever, as user interfaces are becoming more complex, varied, and important. Even as developers make frequent numerous changes behind the scenes that can impact the interface, the interface is expected to work smoothly 24/7.

Automated software testing keeps a constant close eye on the state of an application and lets a team know if something is broken or a regression has happened much faster than manual testing can. Since the tests are run on a schedule or automatically on a deployment, you don't have to wait for a tester to kick off a test and then get the results from the testing software. Those results can also be delivered at any time, even outside the testing software through integrations to your email or Slack account, so the team gets alerts without having to open the app.

These frequently running automated tests are also able to gather a lot of data about the application that can be used to detect things like visual changes and build models of the expected test run times to highlight outliers. This extensive diagnostic information streamlines root-cause analysis.

Automated software tests can also benefit from complex testing approaches like data-driven testing, where a test takes in a spreadsheet of variable values and runs multiple times. The test uses a set of values for each run as that run's variables, allowing the same test to test different scenarios. With automated tests, these tests can be run in parallel, or at the same time, cutting down on the time needed to get their results.

Automated software testing also frees up the time of manual testers, allowing them to spend time acting on insights gained from the results of the automated tests. These are most likely the same people who are going to train the automated tests in the first place, so they also have time to check out any problems with the tests themselves as well and adjust them accordingly.

If you're interested in learning more about automated software testing and how you can apply it, you can check out our blog where we post content weekly on all things testing in DevOps. 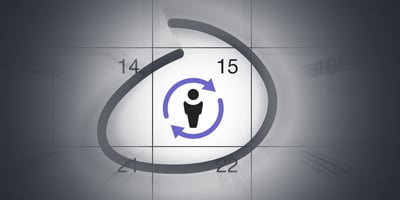 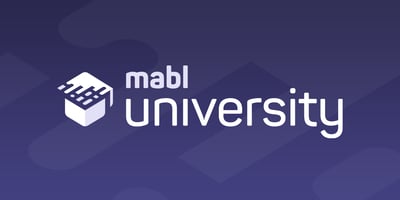