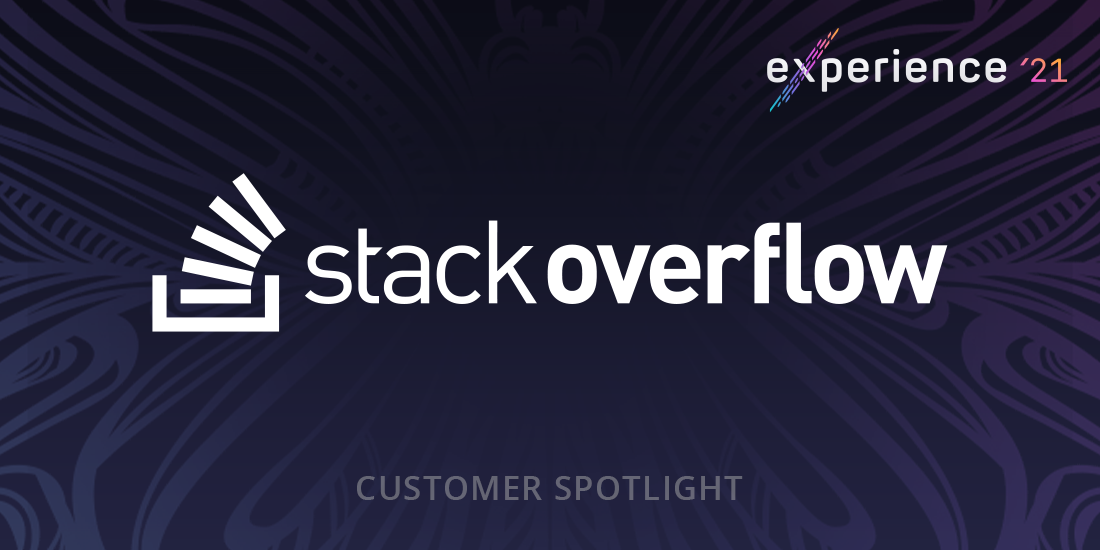 If you’re in software development, you know Stack Overflow. The beloved platform serves over 100 million developers every month, helping people build their skills, share knowledge, and grow their careers. But maintaining a complex and mature product like Stack isn’t easy, especially as the team introduces new offerings like asynchronous knowledge management and collaboration tool Stack Overflow for Teams. As a small team with big impact, Stack Overflow needed a software testing and quality engineering strategy that helped them both maintain their 13 year old codebase and move quickly to grow new offering.Their search for a new software testing solution led them to mabl.

Maximizing the Value of Software Testing with Test Automation

Stack Overflow’s mature codebase and growing product offerings meant that Dale and Meredith had specific needs for a new test automation solution. The team needed a test automation that could match the pace of development, yet accommodate the nuances of their complex products. Meredith began experimenting with different solutions to better understand how each would fit into Stack Overflow’s engineering processes. After exploring a range of options, she and Dale made their final decision.

Dale explained their criteria: ”We found that mabl was a clear winner. There were other software testing tools that allow for the same easy test creation that mabl does, but they weren't performing. They were slow in the way that they work, so although we could build tests really fast, the tests themselves were not particularly fast. But the thing that really sold us on mabl was its ability to integrate with our engineering workflow. Not just with building tests, and getting mabl integrated into our CI/CD pipelines and that kind of thing. But integration with quality engineering workflows, so that engineers can be running mabl tests, not just the unit test, not just their integration tests, but actual mabl tests as part of their workflow. That was a really powerful thing.”

The full benefits of mabl; easier test creation, faster test execution, and more integrated workflows with Stack’s CI/CD pipeline, have made it possible for Meredith and Dale’s team to make concrete progress towards their goals.

You may not realize it as a Stack Overflow or Stack Overflow for Teams user, but the engineering team is relatively small compared to the complexity and impact of their products. As many software pros know, an efficient test automation strategy can be the make-or-break factor in introducing new features frequently, or being stuck in endless production delays. When rethinking their software testing partner, Dale and Meredith were acutely aware of maximizing engineering resources.

As Stack Overflow’s VP of Product Engineering, Dale was particularly focused on using test automation to help engineers focus on building, not fixing: “We want engineers to be building new things and doing new things that they’re interested in. How do we build a really robust testing platform for a complex product without having to take a lot of engineering resources?”

Before most of us were working in sweatpants and worrying about which Zoom backgrounds to use, Stack Overflow was a distributed team with colleagues around the world. Creating sustainable workflows that can adapt across different time zones and reduce miscommunications was a must, especially when it came to product quality. Mabl’s robust set of integrations and reporting features proved to be an unexpected resource for managing the handoff of tests and defects.

Meredith noted that her team relies heavily on the contextual information that can be added to automated tests in mabl:

“I've been surprised by how much value we've gotten out of things like screenshots, test steps, network information, the DOM, et cetera. That’s helped us collaborate with other teams. For example, if an SRE needs to step in, I can simply give them mabl credentials so they can log in, and look at the test. And they’ll have exactly what they need. Whereas before, there would probably be back and forth discussions since we wouldn’t always have such a detailed record with other types of automated testing. That loop of solving problems has definitely become much more efficient.”

For Meredith, scaling with quality means diving into the mabl features designed to make your test automation strategy easy to grow and manage. Reusable flows helped her team shift focus away from a product-level focus to a component-level focus, which was a much more efficient approach as many components have been reused across multiple Stack Overflow projects in its 13 year history. Though her team is focusing on automating tests for the Stack Overflow for Teams product, the library of reusable flows will help other Stack colleagues quickly get automated testing underway for their own projects.  And when they do, they’ll have an organized, easy-to-navigate mabl workspace established by Meredith to make quality engineering adoption seamless.

So what’s next for mabl at Stack Overflow? Dale shared his thoughts:

“We continue to think about how we can make a better product for us internally, so that it's easier for engineers to build things, adopt more automation, and maintain a better codebase.  That kind of stuff allows us to move faster in our product releases. So over the next year, we're going to spend a lot of resources doing that, which we're very excited about. We think it's going to have an incredibly important impact on the future growth of Stack Overflow.”

If your team is ready to build faster and better with test automation, register for mabl’s 14-day free trial.