Try Out The Octopus Deploy Integration

In a world where teams are releasing product updates faster than ever before, new challenges have emerged. Quality assurance and testing have become a significant bottleneck for these teams due to the time it takes to run and maintain reliable, effective tests. However, by integrating automated testing directly into CI/CD, dev teams can adequately support rapid release cycles without sacrificing application quality.

Octopus Deploy is a continuous deployment service that takes the pain out of deployments by automating the process including automated test executions in a single workflow. Octopus Deploy is available both as a hosted service and as an on-premise installation. The Octopus Deploy step template developed to integrate with mabl makes it easy for customers to execute tests as part of their CI/CD pipeline and provide a test report of the executed tests inside the Octopus Deploy interface.

mabl and Octopus Deploy together accelerate development by: 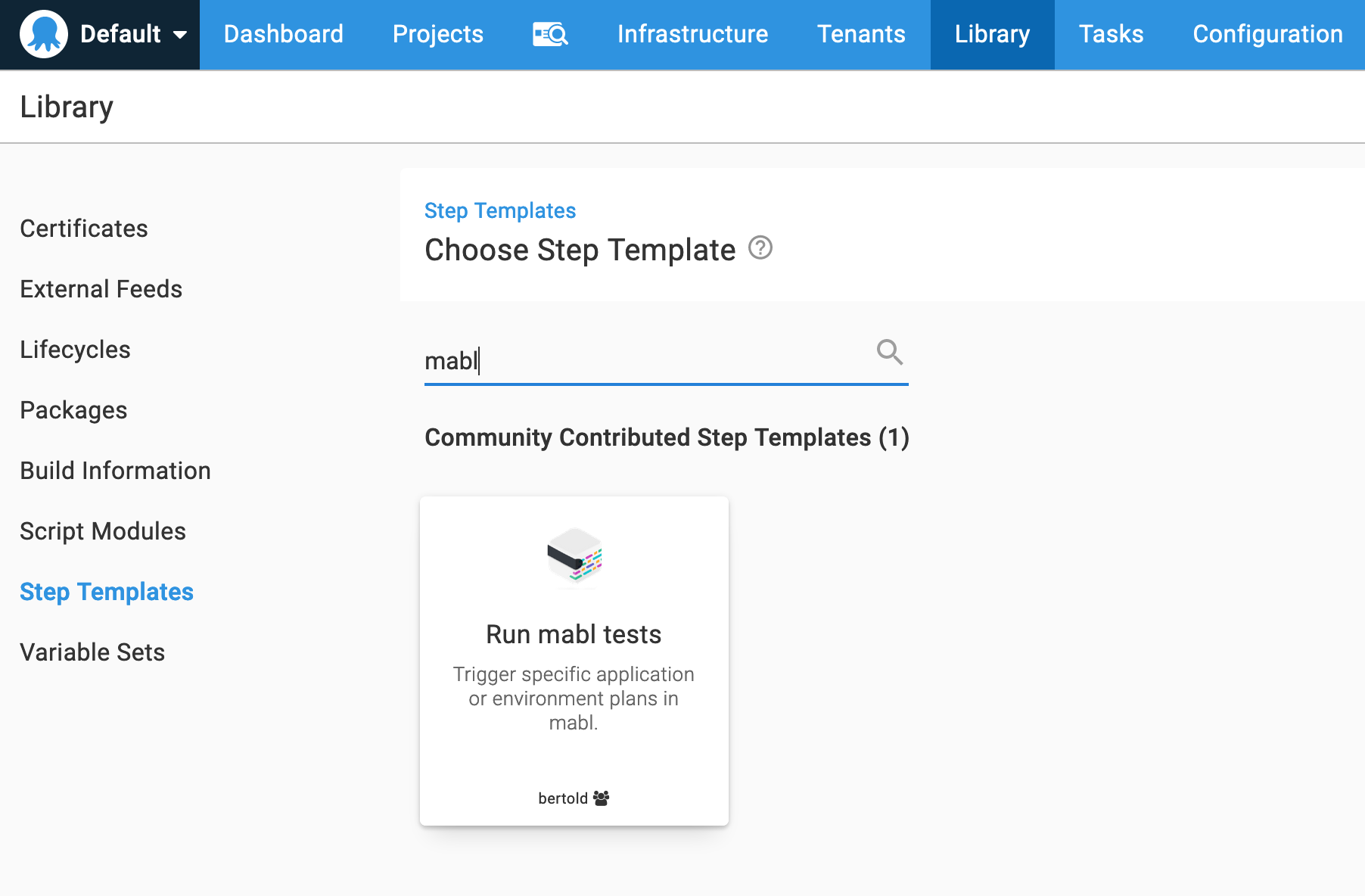 Improve Your Workflow with Test Automation

Improve collaboration across the team including QA engineers and developers