Changing procedures in any workplace is often a difficult process. We develop work patterns where we’re comfortable with we’re supposed to do and what to expect when we do them. However, we have to acknowledge that just because we have a system that works doesn’t mean that it works well or that it produces optimal results.

Software testing is one of those areas that has long been slow to adapt. Testing is an arduous but necessary process in the software development life cycle. However, for a long time it has served as a bottleneck for development; often releases get delayed for an interminable amount of time while QA works to make sure everything is ready to go before it goes out the door.

In the past the only alternative was not testing at all which, as we know, can have disastrous results; no customer ever has been pleased to discover the software they bought or are using doesn’t behave in the way that it was promised.

However, simply creating long testing periods is no guarantee against bugs; humans being human will often make mistakes. Even after rigorous manual testing it’s easy for many bugs to slip through.

Automated testing offers a promise of taking away many of the routine tasks around software testing and turning them into procedures that can execute programmatically. However, while the advantages seem clear, many businesses are slow to make the change to automated testing.

There are many legitimate concerns why you and your business may be reluctant to make the move to automated QA testing.

Let’s go over some concerns you may have voiced yourself.

“Automation takes too much time”

Automation of testing procedures is not something that can happen overnight. Tests require time to code, and initially, a great deal of work must be done before getting to the point where testing itself can begin. By the time you’ve automated a few tests, a significant amount of testing could have been done manually.

“We don’t have the expertise available”

Frameworks used for automated testing require a considerable amount of skill. Automated testing, if using the most common frameworks, requires staffing engineers who both know how to code, how to test, and how to code tests that are resilient and efficient. Many companies simply do not have these resources in depth and hiring folks with these niche skills can be expensive and a lengthy process.

“Automated software testing is too expensive”

The initial expense can seem large - even when using open-source frameworks - due to the sheer amount of time it takes to code a test. The skills needed to use many testing frameworks require trained experts, who do not usually come cheaply. Becoming proficient with them also takes considerable ramp up time.

“The Tools are too complicated”

Many testing tools are not tools in themselves, but programming frameworks, and even if the skills are available, it still takes time to code tests that are robust and resilient to code changes in development. Alternately, simple record-and-play tools are easier to understand, but their functionality is greatly limited and the tests they create are brittle. The amount of time saved in creating these is minimal compared to manual testing.

The Benefits of Automated Testing

Okay, so we’ve covered common reasons why you don’t want to begin the journey of automated testing. Of course, while all of these are legitimate concerns, in the long run, they are mostly short-sighted and can be overcome given time and by using next-generation testing tools like mabl. Let’s cover how taking a look at the bigger picture with automation can help your business.

Once you get past the initial stages of setting up your automation, you will find that your testing processes are running faster and are picking up more bugs than you could have found with manual testing. However, a period of time needs to be expected before your tests start to find real bugs.

While you may spend a lot of time early on getting everything ready, you will soon not only pass the point where you would have been earlier, but will have provided better testing simply because your tests will be checking areas that a human might skip. With improved test coverage and automated regression testing in areas that may not be covered in manual test cases per feature release, you’ll start to uncover more bugs before they can get caught in production.

Human error is incalculable. People get bored with repetitive test cases and may make mistakes. If procedures are encoded into an application, it will run the same way every time and not miss important steps or forget to record something.

With a good framework or well-defined test plan objects, creating entirely new tests becomes less necessary – you can reuse sections of old tests, libraries, etc for new ones and use data-driven testing to test many scenarios with one test. As a result, future setup time for newer projects will be reduced drastically. This is particularly true for similar functionality that exists in many software projects, such as login screens or contact forms.

With automated testing it is possible to run tests continuously in the delivery pipeline without a person present. They can be run at any time, day or night, and on any day of the week. Problems which only occur at 2 AM would have been missed by a human; your automated tests will pick them up.

It’s easier to fix a problem when it occurs rather than reverse engineering an entire project to find out what went wrong. Include testing in the build process. You can implement a “shift left” paradigm where you move testing closer to the software creation process. This will result in earlier detection of defects, which will speed up release dates.

Regular test results through every stage of the project will return faster information that can be provided to all relevant teams: developers, testers, designers, product owners, etc. As a result, problems can be fixed faster and before they get to production.

Automating your tests reduces the need for a long, slow testing process before release. By integrating tests throughout, problems are identified when they are created, and by the time you reach the finish line, you already have most of everything done. There’s no hold up “waiting for the testers to finish.”

Tests can be implemented in areas where they couldn’t before. With tests running continuously on the same areas of the application, other regressions besides failures can be detected, such as performance slowdowns, making even better use of your automated tests.

Regression testing is also easier to complete, so you don’t need to take the gamble on hoping fixes don’t unexpectedly break other things. Any time a test is run, it will continually check things that have been checked many times before, even if they're out of scope of the feature under work. This means it’s a lot easier to catch new problems earlier in the process, reducing time-consuming reverse engineering.

While you will be investing some time up front to get started, less time needed to run tests later means fewer billable hours for your staff. Reducing the likelihood of problems down the line also saves your staff time and reduces your support team’s needs, all contributing to your bottom line.

The team’s morale can be improved. By freeing up testers from the more mundane processes, they’re given the ability to focus on serious problems (e.g. UX) or bugs in social processes. Newer testers who are interested in modern practices will also be more attracted to your organization.

Releasing a better product the first time, without the need to fix problems after the fact, adds to the user’s impression of your company. By reducing feedback loops, saving time fixing issues, and spending more time innovating, your releases are faster and your quality is better, which will usher in happy, loyal customers.

You may still experience some reluctance in moving forward simply because of the expense of professional testers who possess the programming skills needed for testing frameworks. However, new testing tools, such as mabl, make it possible for testers with manual testing experience to begin the process of recording tests and creating modules without a need to write code at all. mabl uses a code-free framework that combines the benefits of automated testing with the ease of record and playback tools.

The ability to create reusable components without specialized programming skills should make the proposition of adopting automated testing a much more approachable process. Learn more about the mabl platform to see how we can help you realize the benefits of automated software testing. 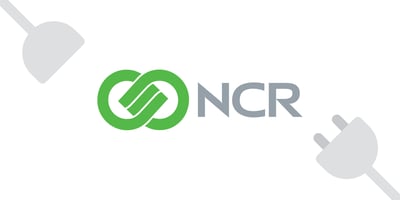 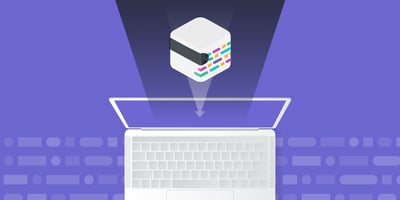